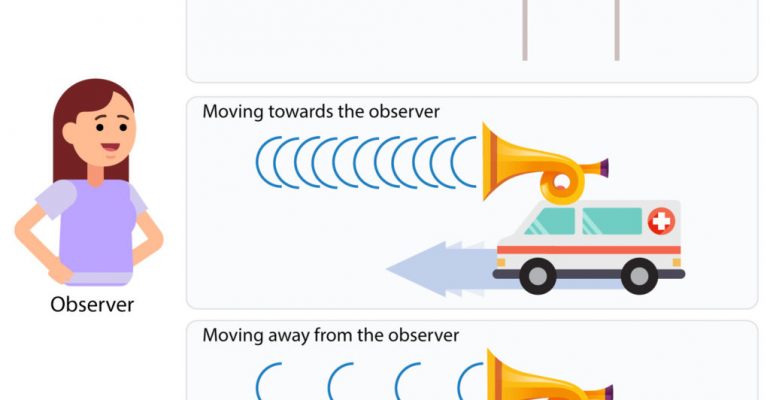 Doppler Effect Grade 12 Notes pdf (Physical Science Grade 12): Doppler Efect is the change in frequency (or pitch) of the sound detected by a listener because the sound source and the listener have different velocities relative to the medium of sound propagation.

Doppler Effect can also be the apparent change in frequency of a wave, as a result of relative motion between the source and the observer.

Source moving towards a stationary listener

Source moving away a stationary listener

The traffic officers will point the radar gun to the oncoming traffic.

The radar gun will send the infrared waves to the oncoming car that is moving towards the traffic officer. The waves will be reflected back to the radar gun by the moving traffic. The radar gun then acts as the receiver of the waves. For classroom purposes, waves to be considered are the one coming from the traffic, so the oncoming traffic must be the moving source reflecting back waves to the radar gun. Radar gun becomes the receiver or listener. Now Doppler formular can be employed to solve for the unknowns